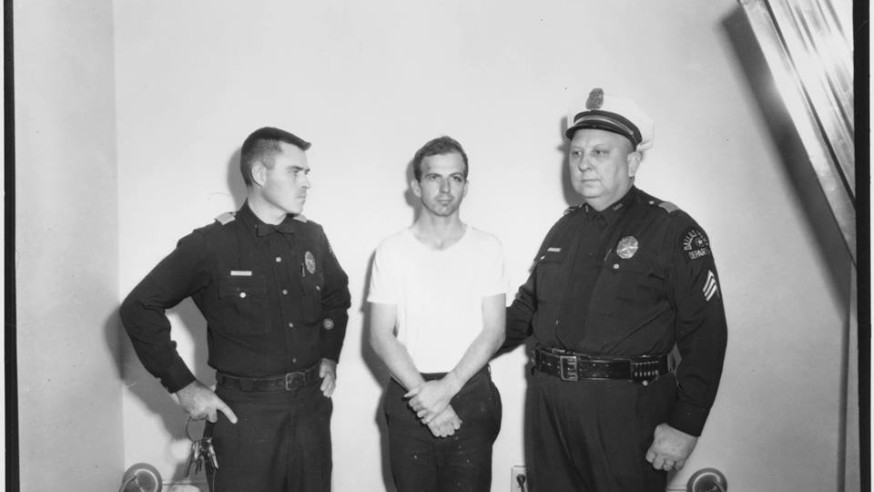 What do Bonnie and Clyde, architectural plans, maps from the turn of the century and John F. Kennedy police records have in common? All of those items plus more than a quarter million images documenting the growth and history of Dallas can be found at the Dallas Municipal Archives. 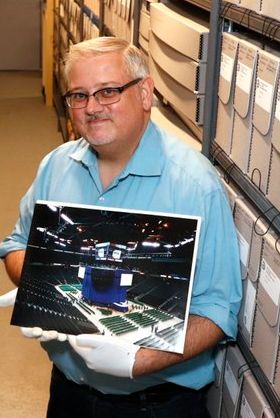 Established in 1985, the Archives is a division of the City Secretary’s Office, charged with documenting and preserving City of Dallas historic records, and with providing access to this information to anyone who wants to see it.

But while the City of Dallas has a few archivists working on library special collections, there’s only one person who holds the official title of City Archivist and is responsible for preserving and protecting the City’s history: John H. Slate.

“I’ve always loved history and historical materials,” said Slate, a 15 year City employee. “After I finished a summer clerical job at the University of Texas at Austin’s Eugene C. Barker Texas History Center, fresh out of high school, I pretty well knew what I wanted to do with the rest of my life.”

The Archive maintains thousands of documents; from City Council action files, original City ordinances and resolutions, meeting minutes and agenda and support documentation; all the way back to 1866 (records from 1856-1865 no longer exist). This plethora of information requires more than 2,200 cubic feet of storage space at City Hall. Climate control units maintain a constant temperature of 65 degrees and 40 percent humidity; ideal for the long-term storage and handling of photographs and other documents.

A native of Austin, Slate wears a lot of hats as the City Archivist. A typical day may include answering telephone and email reference questions, supervising visiting researchers and archival volunteers, preparing collections for public use and handling City Staff requests. The reach and importance of maintaining the Archives is very relevant for current City Staff and leaders.

“The archives is an important part of understanding how the city did business in the past, what everything looked like 150 years ago, and how we got where we are today,” said Slate.

John Slate has made the preservation and availability of history a significant part of his life both on and off the job. When he’s not chasing his two-year-old twins around the house, Slate is an active member of the Society of American Archivists, Metroplex Archivists and the Society of Southwest Archivists. He’s also a member of the Texas State Library and Archives Commission’s Historical Records Advisory Board and the author of several published books and articles.

Slate is often queried as to his favorite, most treasured documents in the City Archives. For Slate, that’s like being asked which child is your favorite.

“The JFK, Dallas Police Department Collection is fantastic, as are the Clyde Barrow gang materials found in the police case files. And the Dallas Park and Recreation Department photograph collection is impressive,” said Slate.

Citizens, researchers and City employees can make an appointment to use the Archives by contacting Slate at (214) 670-5270 or visiting the Dallas Municipal Archives Facebook page at http://on.fb.me/1UibzRK.

To view a video story on the opening of the Archives, visit: http://bit.ly/1UklQgb

6 hours ago City of Dallas 0