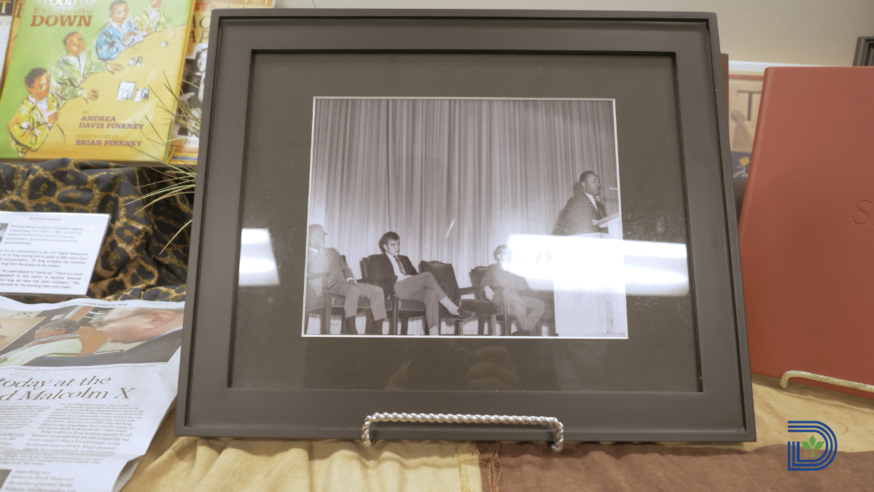 A trip to the Dallas Civil Rights Museum

Wednesday, April 4, 2018, marks the 50th anniversary of the assassination of Dr. Martin Luther King, Jr. In honor of his legacy, we examine his signature battle for civil rights at the Dallas Civil Rights Museum. Tucked into the Martin Luther King Jr., Community Center, the museum is a dedicated room rich with history from top to bottom, with additional exhibits winding around a nearby hallway.  Museum curator Emma Rodgers shares stories behind each item inside the museum including how a hand-stitched quilt represented a guide to freedom for those traveling on the Underground Railroad.  She often highlights how poll taxes* and poll questions were used to disenfranchise people of color.

One of the signature items inside the museum is a photograph of Dr. Martin Luther King Jr., speaking to an audience at Southern Methodist University’s McFarlin Auditorium as well as a copy of the speech he gave there on March 17, 1966. The photograph is the only documented photo taken of Dr. King’s appearance at SMU. Click this link to hear or download Dr. King’s speech at SMU.

*Poll taxes were a fee levied as a prerequisite for voting. In the American South, it was used to discourage and disenfranchise poor people and African-Americans from voting.  The tax was considered part of Jim Crow laws – a separate series of laws used to enforce racial segregation in the South.

14 minutes ago City of Dallas 0