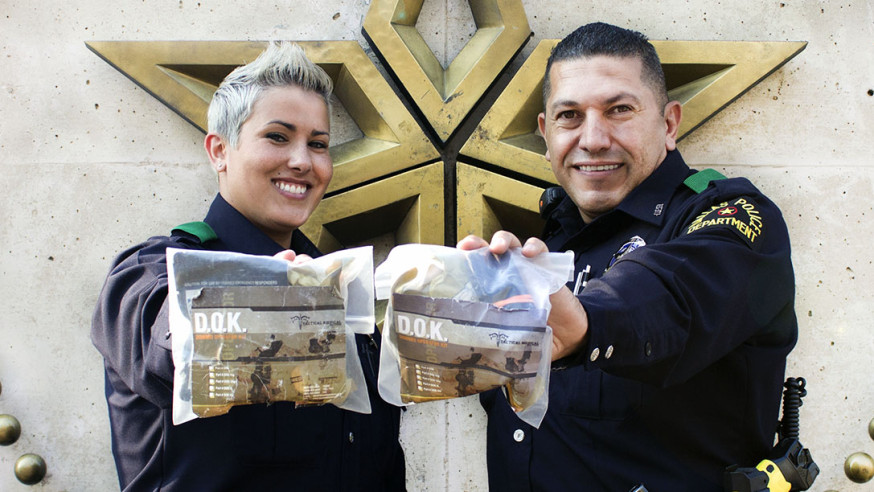 The difference between life and death often relies on split-second decisions. Officers C. Maddox and J. Tovar of the Dallas Police Department (DPD) know this all too well after their recent, life-saving response to a wounded 4-year-old girl.

In this situation, the ability to access their hemorrhage control kit within seconds helped prevent the child from bleeding to death before Dallas Fire-Rescue (DFR) could arrive, which ultimately saved her life.

What you might not know: the hemorrhage control kit utilized in this scenario wasn’t always available to Dallas officers. In fact, they were only recently introduced by Dallas SWAT Lead Medical Officer and Chief Trauma Surgeon at Parkland Memorial Hospital Lt. Alexander L. Eastman.

“As a trauma surgeon, I stop bleeding every day. Our experiences, both here at home and abroad during the last ten years of war, have really shown us the value of rapid hemorrhage control,” Lt. Eastman said. “Studies indicate that during active shooter and other mass casualty incidents, even the lag time between injury and the arrival of a police officer could be fatal.”

Through an effort led by the White House and the American College of Surgeons, local government and private partners have put an emphasis on proper equipment and training for police officers, and the general public. The decision to provide these kits to law enforcement officers in the field has already saved more than 15 lives in the City of Dallas, including those of two of our own officers.

In the interest of public safety, the City of Dallas Office of Emergency Management (OEM) and DPD are working to make these hemorrhage control kits available to citizens. 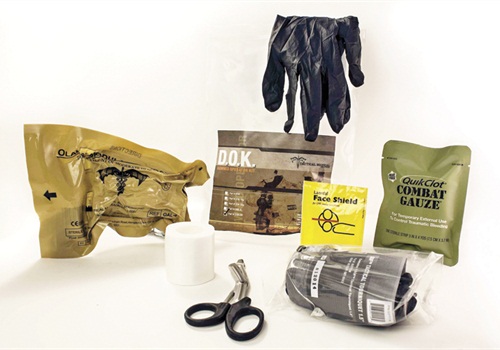 OEM has undertaken a multi-phased approach to distribute kits throughout the City.

PHASE ONE:
The City of Dallas first began by improving the hemorrhage control capabilities of our nation’s law enforcement officers, of which we at DPD were one of the first U.S. Cities to go department wide with equipment and training. Initial phases of the project equipped law enforcement with these life-saving assets, which has proven invaluable.

PHASE TWO:
The second phase will provide these kits to a number of city-owned facilities which include, but is not limited to, Dallas Fire-Rescue, Park and Recreation, Aviation, Equipment and Building Services, Convention and Event Services, Library and Office of Cultural Affairs. Other City departments have already requested to be included in the second phase of this project. The kits contain contents for massive bleeding, minor wounds, chest injuries, airway clearance and casualty care.

“We intend to bring the best training and equipment known to medicine in hemorrhage control. Our goal is to make these techniques and equipment accessible to every city employee with the intention of saving as many lives as possible should the need arise,” Lt. Eastman added. “We feel that in many ways, through the DPD program, through better integration with DFR and now through this OEM program, the City of Dallas will be one of the most prepared cities in the United States.”

The City of Dallas has chosen to identify high-occupancy or high-threat city facilities as the first step in this effort here in Dallas. Rollout for the second phase is slated to be completed by the end of the year.