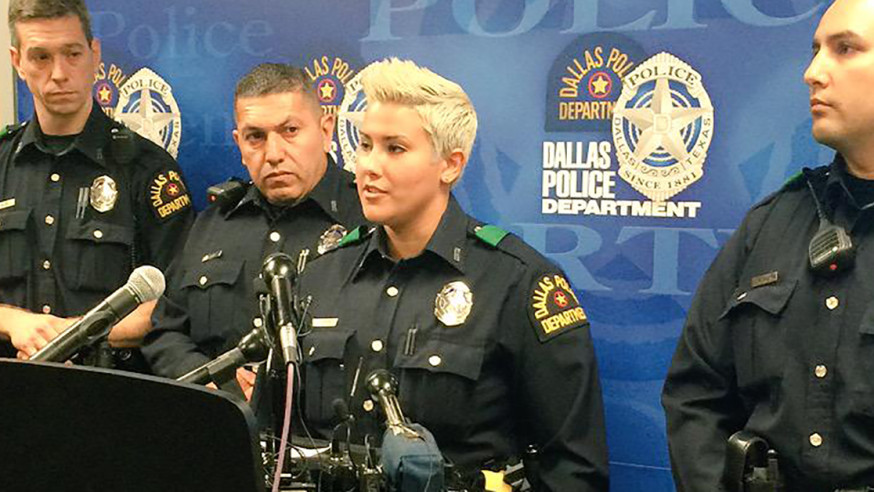 To four Dallas Police Department (DPD) officers, Saturday, August 22, 2015, was simply another day at work. That is until they helped save the life of a 4-year-old girl.

That afternoon, at approximately 3:37 p.m., DPD received a call in regards to an active shooter near N. Marsalis Avenue and E. 6th Street. Four minutes later, Officer J. Saldana was flagged down by a distraught mother on-site. Information indicated that three unknown males had discharged a firearm from a vehicle, leaving a 4-year-old female with two gunshot wounds to the left leg.

Saldana then called for Dallas Fire-Rescue (DFR). Shortly thereafter, Officers C. Mattox and Jesus Tovar arrived on the scene. The victim’s mother had been attempting to stop her daughter’s bleeding by applying a t-shirt to the wounds, but the officers noticed the girl was still losing blood.

At this point, Officers Mattox and Tovar removed the initial tourniquet and re-applied it to the victim’s leg to halt the bleeding, as Officer B. Helms retrieved gauze and dressed the victim’s wounds. Soon thereafter, Dallas Fire Rescue arrived and transported the victim to a local hospital.

Officer Mattox remained by the victim’s side, holding her hand, during her transportation to the hospital. Mattox said he was captivated by the victim’s bravery stating that she was “a trooper”, who remained calm despite the severity of her injuries.

DFR paramedics praised the DPD officers for their swift actions in re-applying the tourniquet, and dressing the wounds. DFR indicated that without the officers, there was a high likelihood the victim would have blead out.

The Dallas Police Department would like to commend Officer J. Saldana, C. Mattox, J. Tovar, and B. Helms for their paramount actions during those four minutes that helped save a young child’s life.