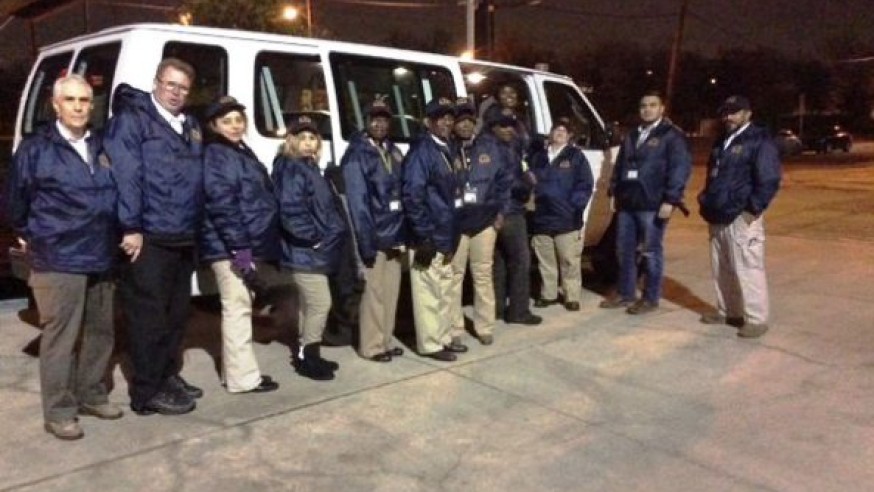 More than 550 civilian volunteers, along with Neighborhood Police Officers participated in the annual Point in Time Homeless Count Jan. 21. The participants found and surveyed unsheltered homeless individuals across the City of Dallas, along assigned routes of known encampments. More than 600 unsheltered homeless people were located and most agreed to be surveyed.

The Metro Dallas Homeless Alliance conducts the annual Homeless Count, required by law to assess homelessness and develop plans to lower the numbers. Results will be announced during the MDHA’s State of the Homeless Address in March.

The purpose of the surveys was to create a one-night snapshot of unsheltered homelessness in Dallas. All data collected will be included in a federal grant request to provide permanent supported housing and casework services for the area’s homeless population.

The Dallas Police Department’s Crisis Intervention Unit was intricately involved in the operational planning and execution of the Count. Unit Caseworkers were paired up and worked to find and interview transient homeless people not located in previously identified encampments. The volunteers are part of the Citizens Offering Police Support (COPS) and the Volunteers in Patrol (VIP) Programs as well as Crime Watch Volunteers from the Jubilee Park Crime Watch Group.

The COPS program provides an opportunity for citizens to work with officers at the substation, conducting office and clerical tasks as well as outside field assignments. The VIP program is designed to reduce crime by qualifying citizens to patrol their own neighborhoods and report any suspicious or criminal activity to police. In addition to the 550 volunteers who participated in this event, volunteers from the police department’s Youth Outreach Unit also lent a helping hand.

For more information about volunteer opportunities contact the Youth Outreach Unit at (214) 671-3015.