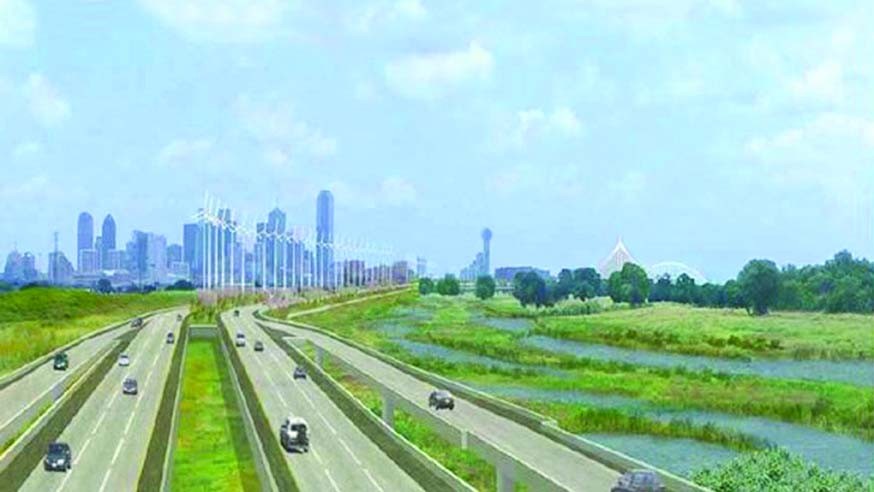 Mayor Mike Rawlings has announced a historic $50 million donation from Annette Simmons in honor of her husband, the late Harold Simmons, for the new Trinity River park. The donation is the single largest gift from a private donor for a public/private partnership benefiting the City of Dallas.

“This gift represents a major turning point for this project, and for our city,” Rawlings said. “With the generosity of Annette Simmons, in honor of Harold, we can begin to create a natural treasure for the future generations of Dallas. This will be one of America’s greatest urban parks and will serve as a gathering place that unites us right here in the heart of our city.”

With this historic donation, and following City Council approval, the park will be namedThe Harold Simmons Park. Other contingencies of the gift include that the park be operated by a private entity that has secured operations and maintenance funds, and that the funds needed to build the remainder of the park are raised within the next three years.

“My husband Harold was a visionary, a humanitarian and a nature lover.” said Annette Simmons. “He was committed to investing in Dallas and its citizens. This gift will begin the creation of a great public space in our city that will be a place to gather, to enjoy nature and promote health and well-being. I cannot think of a more lasting and meaningful way to honor Harold’s memory and legacy,” Annette Simmons said.

The donation by Annette Simmons will fund further design of the concept presented in May, and along with other sources will fund construction of the park. The Trinity Trust will serve as custodian of the initial gift payment until an entity is established to oversee and manage park- related expenses.