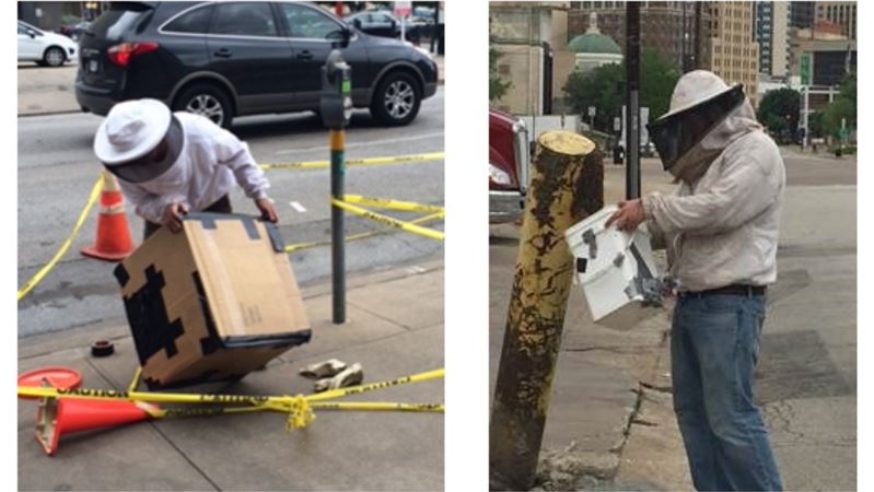 Last week, City of Dallas staff were called out to remove and safely relocate two swarms of honeybees that landed on a parking meter and post in downtown Dallas. City crews successfully contained the swarms and transported them to a bee-friendly location.

The clusters are the result of bee colonies splitting. The mature queen leaves new queen cells behind in the old hive while taking about half of the colony with her to a new location. As the swarm seeks new shelter, they often land at random and gather to rest, feed and build a new colony. 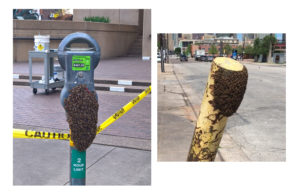 If you spot a swarm, contact the Green Dallas team for assistance. Bees and other pollinators play a vital role in pollinating our crops and flowers. The Office of Environmental Quality often assists in relocating swarms to areas where they can thrive.