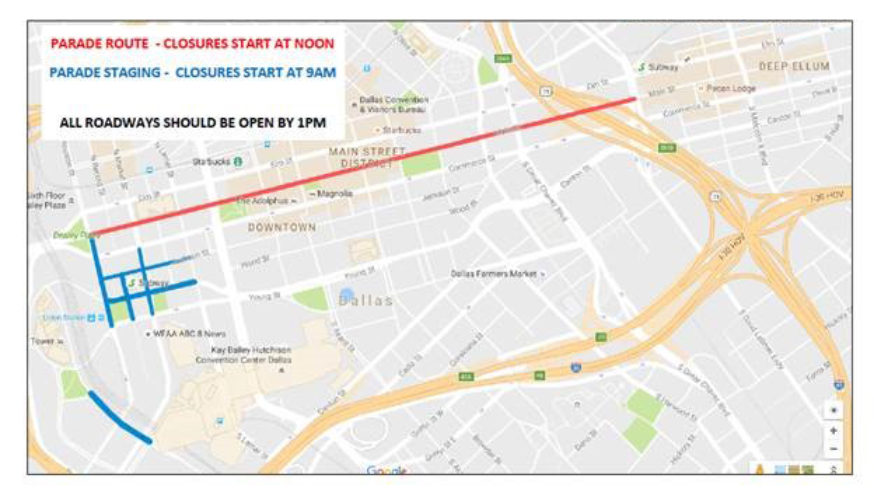 Some downtown streets to be closed today for State Fair Parade

The Opening Day Parade is a State Fair of Texas tradition that celebrates the first day of the annual event with a parade through Downtown Dallas. This year’s parade will start at noon Friday Sept. 30 from the corner of Houston and Main Streets and end at Main Street and Good-Latimer Expressway in Deep Ellum.

The City of Dallas has approved the following road closures for the parade:

To minimize traffic interruptions, a comprehensive traffic plan has been developed by the Dallas Police Department in conjunction with the walk organizers.  Dallas Police will work traffic through the route as necessary and roads will reopen as the race passes each intersection.

Visit THE STATE FAIR OF TEXAS for more information.