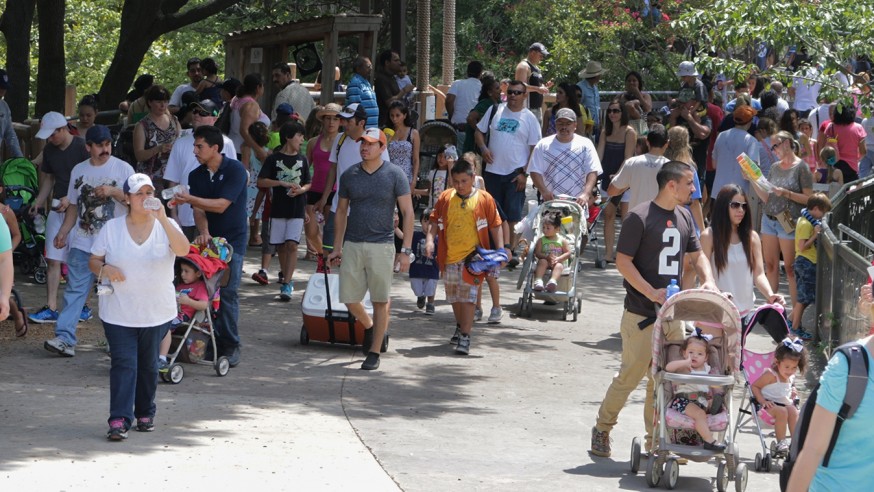 The Dallas Zoo has smashed its all-time attendance record for the sixth consecutive year, with more than a million guests visiting Texas’ largest and oldest zoo in the fiscal year that ended Sept. 30. Exceeding one million visitors is a first in the zoo’s 127-year history.

“It feels great to reach more than a million visitors just a few years after privatizing,” said Dallas Zoo President and CEO Gregg Hudson. “We’re honored that our community is welcoming our new concepts in the zoological field, whether it’s airing a baby’s birth live on Animal Planet or becoming the first zoo in North America to mix elephants with giraffes,” Hudson said.

“With each milestone the Dallas Zoo reaches, our city shines a little brighter,” said Mayor Mike Rawlings said. “The zoo’s sixth straight year of record attendance, exceeding 1 million guests for the first time, proves that something special is occurring. We know we’ll see even more great things at this iconic zoological park in coming years.”