Home » Press Room Archive » Video: Dallas Police work together to save a life 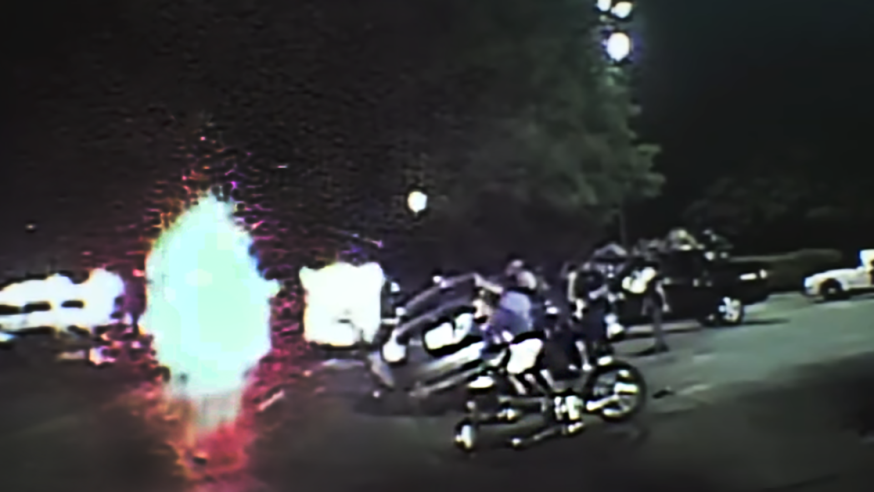 Video: Dallas Police work together to save a life

Around 10:00 p.m. on July 9, 2015, 9-1-1 received an emergency call about a major vehicle accident that happened at Greenville Avenue and Bryan Parkway.

A motorcycle had collided with a vehicle, causing the motorcyclist to be trapped underneath the car. Several witnesses rushed to the scene and police arrived within thirty seconds of being dispatched. The first attempt of using a jack to raise the vehicle failed. The female motorcyclist was gasping for air as the vehicle was crushing her.

Realizing the dire situation at hand, Dallas police officers, Dallas Fire Rescue, and good samaritans changed course and relied on unified physical human strength. Instead of waiting for additional equipment to arrive, the group made a decision to lift the vehicle by hand. Dash cam video captured the incident as this team came together to do the unthinkable.

The group lifted the vehicle, pulled the victim out from underneath, and rushed her to the hospital. Remarkably, she sustained no major injuries from the crash.