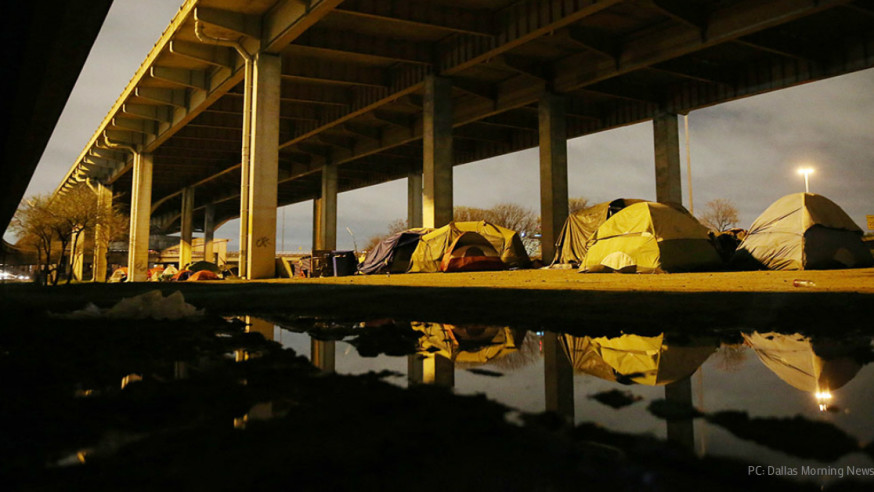 This afternoon, community members and homeless shelter representatives joined City and county officials for a discussion on the next steps that will be taken to address “Tent City.” The action plan was developed by the City of Dallas in collaboration with Metro Dallas Homeless Alliance (MDHA). MDHA explained that the plan is to close the four-block encampment of homeless people located underneath Interstate 45 between Corinth and Canyon Streets by May 4, 2016. The plan proposes the incremental closure of the five-sector encampment in four stages with two tracks of work:

The main priority is the health and safety of the people living in the area. Those working to close the encampment are dedicated to minimizing trauma and maximizing available resources to identify housing and shelter alternatives.