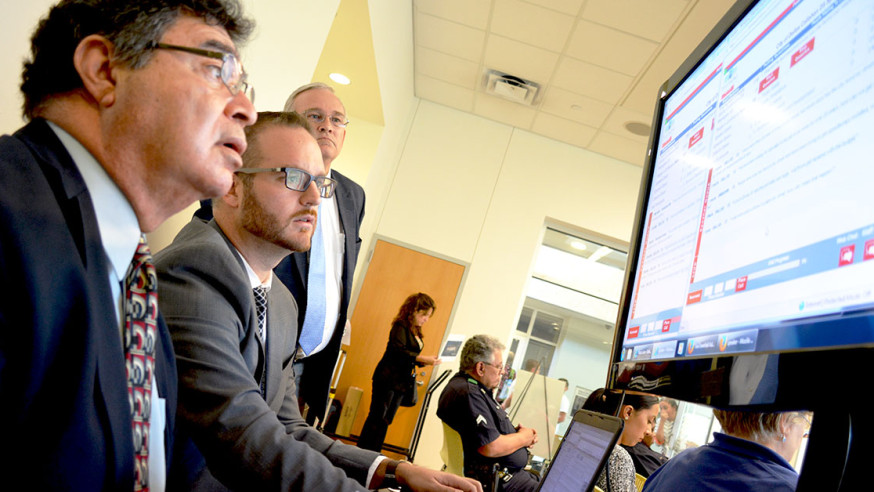 The Public Information Office (PIO) acts as the centralized communications center for the City of Dallas. From open records, social media, broadcast to public relations, a lot goes on within the department.

The PIO is broken up into three teams: Open Records, Public Information Officers, and Broadcast.

The goal of the office is proactively grow as a resource to the community. To achieve this, the PIO focuses on broadcasting and archiving videos and meetings, notifying the public about City issues, as well as branding and promoting the work being done by more than 50 City departments.

The Open Records Team provides support for the release of information in connection with the transaction of official business in the City of Dallas, in compliance with the Texas Public Information Act. Between the City Hall and Dallas Police open records staff, the team processes an average of 34,000 open records requests every year. Submitted requests are completed within an average of 8.5 days.

The Public Information Officers are the main points of contact for local, national and international media and ensures consistent, key messaging for the City. In addition to maintaining content for DallasCityNews.net, the team provides: strategic and crisis communication strategies, internal and external communication, social media management, graphic design and branding.

The Broadcast Team is the multimedia engine for the City of Dallas. In addition to providing on-site support for 49 meetings per month, the team curates all YouTube and Facebook video content, maintain content for four cable network channels and govern an additional six channels for local educational purposes, provide archiving of meetings and video series, and act as a supportive role for Public Information Officers.

The Public Information Office is constantly evolving to fit the needs of the citizens of Dallas. Within the next fiscal year, the office is planning to introduce a new open records and social media archiving system, geo-targeted messaging and alerts, and departmental feature media to support transparency. In addition, the Broadcast Team recently finished improvements which allow for the broadcasting of board and commission meetings at City Hall and the online archiving of meetings broadcast on cable channels.