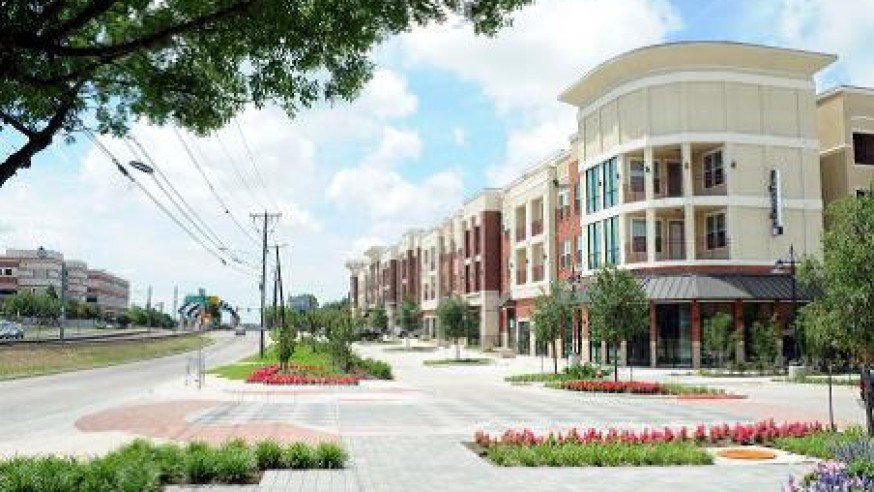 The City of Dallas has received a National Development Council (NDC) award for Creative Financing of the Lancaster Urban Village (LUV) project, a new housing investment in the Lancaster Corridor. The NDC award recognizes innovative and impactful developments which change the lives of residents in underserved communities across the country.

Opening in June 2014, LUV is the culmination of five years of private and public sector cooperation. The project used Housing and Urban Development loans, New Markets Tax Credits, Tax Increment Financing and the Public-Private Partnership Fund administered by the City of Dallas. With more than 190 apartments and 14,000 square-feet of retail space, it is the most significant new housing investment in the Lancaster Corridor in 40 years.

“We believe there is great potential for Lancaster Urban Village to spur economic growth in the region,” said Housing/Community Services Interim Director Bernadette Mitchell. “The development’s close proximity to the VA Medical Center will appeal to the housing needs of the Hospital’s employees. And its new commercial space and retail will be a draw for the more than 30,000 annual visitors to the hospital area.”

LUV is located at 4417 Lancaster Road, across the street from the VA Medical Center, the second largest system in the country, which serves more than 113,000 veterans a year and employs some 4,700 people. This development will eventually include expansion of the Urban League of Greater Dallas and North Central Texas to include space for trade skill and workforce development classes.