The West Oak Cliff Area Planning initiative began in 2020 by City Council Member Chad West and the Planning and Urban Design Department (PUD). WOCAP’s main goal is to prevent demolitions of signature local businesses and history such as El Corazon on Davis Street that was replaced by a generic drug store, alleviate the rising cost of property by suggesting more diversity in housing, and provide a vision for what the neighbors want to see in their neighborhood.

Throughout the process under the lead of former City Planner Daniel Church, PUD held 11 Taskforce meetings, six community meetings, and eight workshops. After the first draft was presented the Oak Cliff Automotive Association and Somos Tejas worked with PUD and residents of West Oak Cliff to provide feedback on applied changes to the plan.

WOCAP’s passage will allow for several zoning overlays, which have been pending for over three years, to move forward.  The first overlay will address Downtown Elmwood, a historic commercial area in North Oak Cliff that was featured in the movie, Born on the Fourth of July.

“Antiquated parking rules and the lack of pedestrian amenities have cripped efforts of small businesses to open and thrive in Elmwood, and the zoning review will likely seek to modernize these challenges, embracing Elmwood as a walkable community,” said West.

Brad Nitschke was recognized for his eight (8) years of service on the Dallas Housing Finance Corporation (HFC).  Brad, a lawyer, was often the corporation member who dug deepest into HFC development deals.  “Brad has been a true servant of North Oak Cliff and the entire city, as evidenced by his work on the HFC.  Because of his eight years of diligent work, thousands of people have found affordable housing in the City of Dallas that’s safe, beautiful, and convenient to jobs and opportunities,” said West.

Enrique MacGregor was recognized for his three (3) years of service on the City Plan Commission (CPC) and ongoing service on the CPC subcommittee, Zoning Ordinance Advisory Committee (ZOAC).  Under Enrique’s leadership and persistence, CPC is continuing to review the City’s Parking Code, seeking to modernize it and align it with other city policies that embrace the concepts of walkability and thoughtful land use.  “Enrique is one of the foremost advocates in the City for modernizing Dallas’ antiquated parking code, which continues to hinder small businesses and suburbanize our city,” said West.

Lori Charles and Lee Ruiz were recognized for their efforts in amending the City’s ordinance regarding stop sign installations in neighborhoods.  The former ordinance required neighbors wishing to install a stop sign for traffic calming to seek two thirds of signatures of neighbors within 900’ of the desired intersection.  In a neighborhood like Winnetka Heights, where Lori and Lee live, that meant seeking signatures from 206 homes.  To ease the burden on neighbors seeking to make their streets safer, Lori and Lee sought to reduce the geographic requirement to 600’, which requires roughly 84 homes for their neighborhood.  Council amended this ordinance on August 3, 2021.  “Lee and Lori advocated for safety in their neighborhood, and because of the struggles they persevered through, the policy citywide is now one that better empowers neighborhoods to install safety measures where they need it the most,” said West.

District 1’s Arts and Culture Commissioner Tino Jalomo provided an update on the vision for a cultural district in Oak Cliff and provided information on how to request a CAP Artist from the city. “The response this past year to a Texas cultural district in Oak Cliff has been overwhelmingly positive. It’s been very rewarding to be working with a dedicated group of volunteers. It’s going to be a herculean task but we’re confident that with the community behind us, we can make the Oak Cliff Cultural District a reality,” said Jalomo.

For any questions contact Council Liaison Ever Amaya at [email protected]. 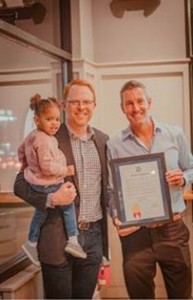 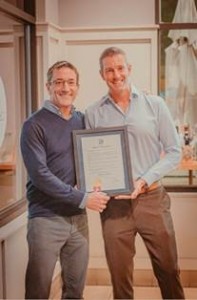 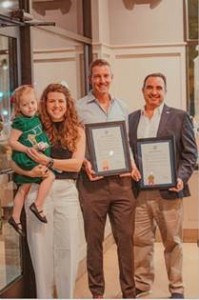