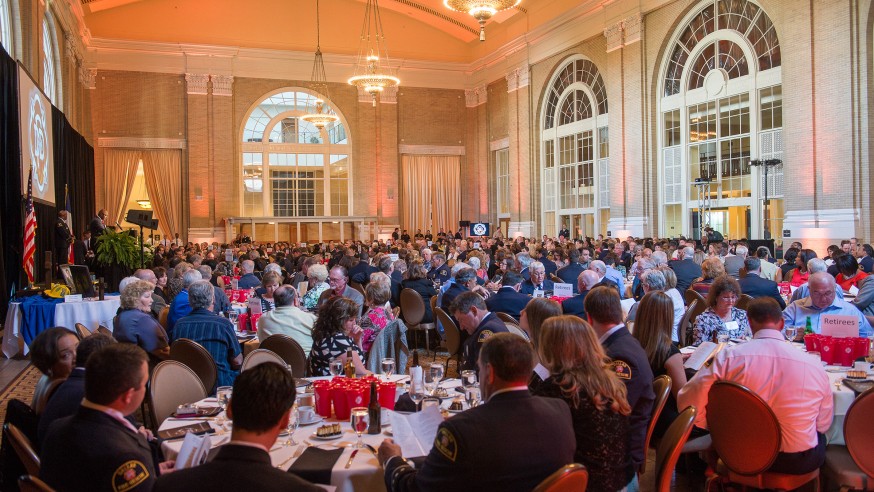 Dallas Fire-Rescue (DFR) will be honoring dozens of its members, retirees and community partners during their annual awards banquet Saturday at the Frontiers of Flight Museum, 6911 Lemmon Ave.  The ceremony will begin at 5:30 p.m.

Among the traditional awards given at this year’s banquet, special recognition will be given to Capt. Eric Beal and Fire Rescue Officer Jeffrey Patterson, who will receive the Edward D. Everitt Award of Heroism and Courage. The brainchild of Deputy Chief Jerry Knoerr, the award is presented to a member whose life was spared during an incident, but who suffered great harm from a life-altering, traumatic on-duty injury.

It was named after (then) Dallas Fire Department Second Driver Edward D. Everitt who in 1966 was severely burned in a house fire while searching for a f 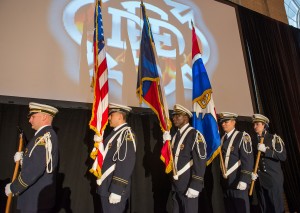 emale victim. He was subsequently forced into retirement in 1967 due to his injuries following multiple surgeries, skin grafts and months of rehabilitation.

On August 9 2002, Captain Beal, then a Fire Rescue Officer fresh out of rookie school, suffered severe burns to both of his hands while battling a house fire in South Dallas. After intense rehabilitation and multiple surgeries, Beal transferred to our Fire Inspection and Life Safety Education Bureau, promoted through the ranks and subsequently became a Fire Investigator where he currently holds the rank of Captain.

Almost 12 years later, on the same night of the 2014 DFR Awards Banquet (May 3rd), Patterson sustained severe burn injuries over the majority of his body after becoming trapped in a house fire at the 4700 block of Chilton Drive. After months of rehabilitation, follow-up surgeries and other health matters hitting close to home, Patterson was able to resume his career with DFR in our Training and Support Service Bureau.

Presenting the award, and also receiving it alongside both current members, will be Retiree Edward D. Everitt himself. Not only will he be receiving the award for the injuries he suffered, but also for allowing DFR to immortalize his name in the title of the award.

Asked what this means to the department, Interim Fire Chief Tommy Tine said, “It is with great honor that the award bears the name of Edward D. Everitt to represent all members who have sacrificed so much of themselves for the citizens of Dallas.”