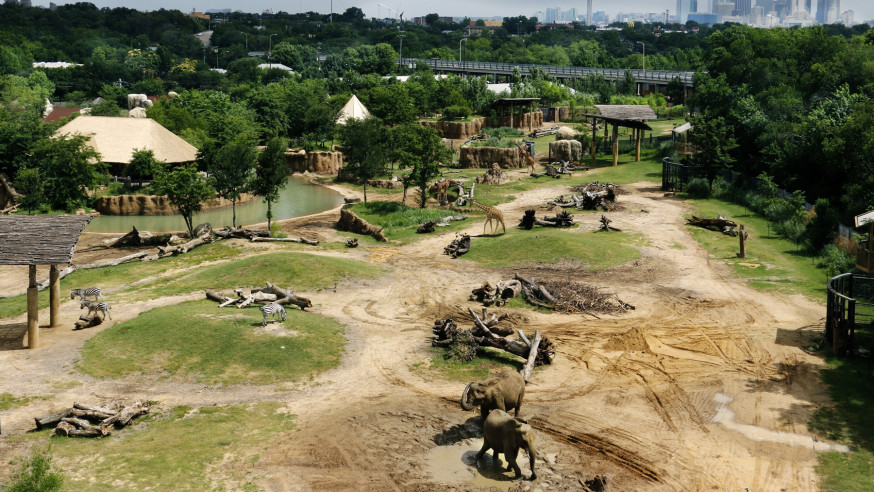 The Dallas Zoo is partnering with Omaha’s Henry Doorly Zoo and Aquarium and the Sedgwick County Zoo in Wichita, KS to provide homes for 18 African elephants. The animals were removed from privately managed parks in Africa to prevent further degradation of the landscape and to make room for critically endangered rhinos.

“As animal caretakers and conservationists, we care about animal populations as a whole just as much as an individual animal,” said Dallas Zoo President & CEO Gregg Hudson. “We can provide these elephants a safe future while making an enormous impact on rhino conservation in Africa.”

Swaziland, a small landlocked country in southern Africa roughly the size of New Jersey, has no other space for the elephants that are damaging the parks by changing forests into barren landscapes. Destroying ancient trees and brush as they eat their way across the plains, the parks’ elephants consume sparse vegetation faster than it can naturally regenerate.

Permit requests to bring the elephants to the United States are now under consideration by the U.S. Fish & Wildlife Service and Swaziland wildlife authorities.

Dallas and the Omaha and Wichita zoos will also provide ongoing support for Swaziland’s rhino conservation program, which could significantly contribute to the survival of rhinos in Africa. Once the most abundant of all rhino species, black rhinos are critically endangered and considered at great risk of extinction due to poaching for their horns.

“Thanks to generous support from our communities, each of the three partner zoos has built a spacious, modern habitat to accommodate the needs of elephant families.” If the permits are approved, the 18 elephants will be relocated to the three zoos to live in expansive habitats designed to meet the needs of large social herds.