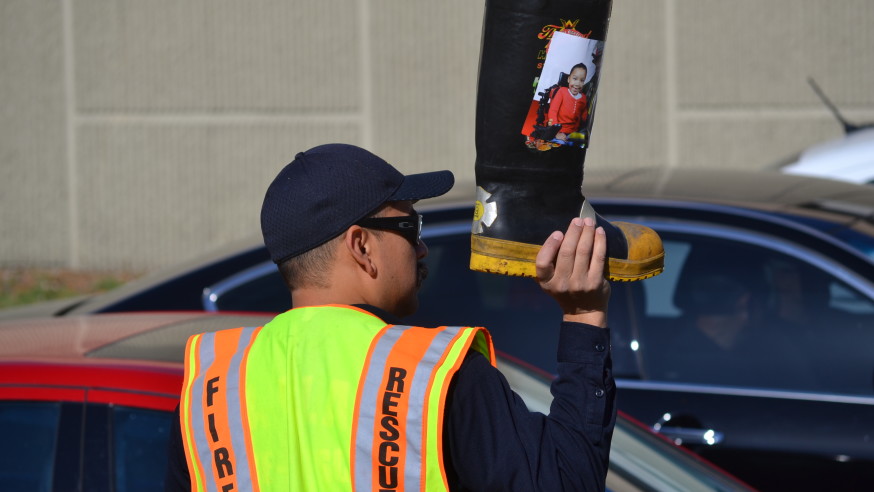 Dallas Firefighters to Fill the Boot for Muscular Dystrophy Association

More than 1,900 fire fighters from Dallas Fire-Rescue (DFR) will fan out across the city for this year’s Fill the Boot drive April 13, 14 and 15. The campaign, which benefits muscular dystrophy research, will kick off at 2 p.m. Tuesday April 12 at Station 43, located at 2844 Lombardy Lane.

This is the 42nd year that DFR has participated in the campaign. In 2015, DFR collected $575,568; with Station 43 and the Fire Prevention and Investigation Bureau collecting more than $71,000 of that record total.

“Each year, Dallas fire fighters dedicate countless hours of their time participating in Fill the Boot drives and at MDA Summer Camp,” said MDA Executive Director Jenny Hanie. “We’re grateful for their steadfast drive and uncommon caring toward the kids and adults we serve and look forward to working together once again to make this Fill the Boot season a huge success.”