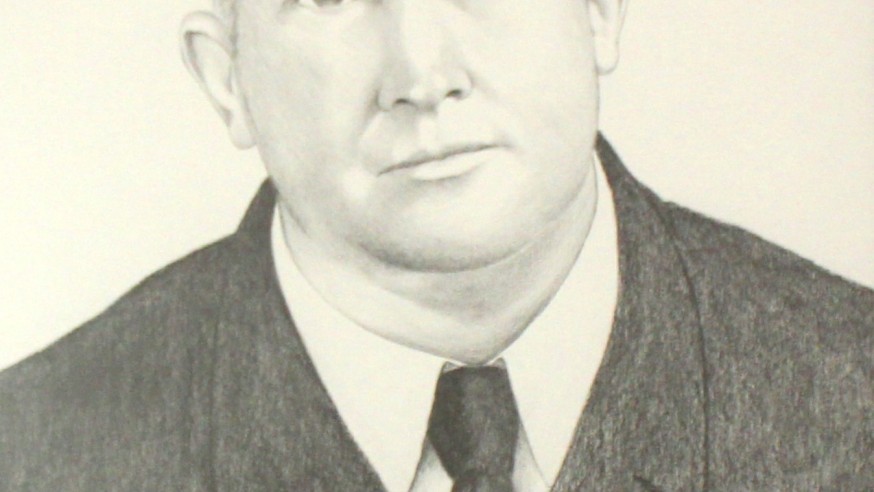 The eight word headline from the evening Dallas Morning News on January 24, 1952 was succinct, powerful and dreadful. Rarely does a news headline paint such a clear picture of service and sacrifice: Fireman dies speeding to aid family of twelve.

Gene Russell was known as a diligent fireman whose hard work made him a captain after only ten years with the Dallas Fire Department. As the newly promoted leader of Company 24, Russell was in a truck commanding the initial response to a fire at the small four-room St. Augustine Drive home of Ray J. Faires. Mrs. Faires was washing the dishes at the home while her children, many of whom were sick with the flu or chicken pox, were sitting in the living room when a wood fire quickly got out of control forcing the large lot outside into the freezing cold.

As the fire blazed on Faires home, three trucks from two fire houses sped towards the St. Augustine address. Company 24, led by Russell, was going east on Elam with firefighters W. E. Thompson, D.J. Masterson, Burl W. Martin and R.O. Cauley on board, when three employees of the United Gas Pipe Line Company going south on Buckner in a 1950 Ford pickup struck the left rear wheel of the fire truck. The collision spun the fire truck around and over, throwing all the firemen clear except for Captain Russell who was became pinned underneath. All firefighters thrown clear of the collision suffered various non-life threatening injuries as did the three occupants of the Ford pickup. Captain Russell was transported to Baylor Hospital where he was pronounced dead on arrival.

Captain Albert Eugene Russell was just 37 years old and left behind a wife and two young children. According to statements taken at the scene, the United Gas Pipe employees did not see the firetruck or hear the siren. Captain Russell is one of 70 Dallas firefighters and paramedics that have lost their lives in the service of the City of Dallas and its residents.