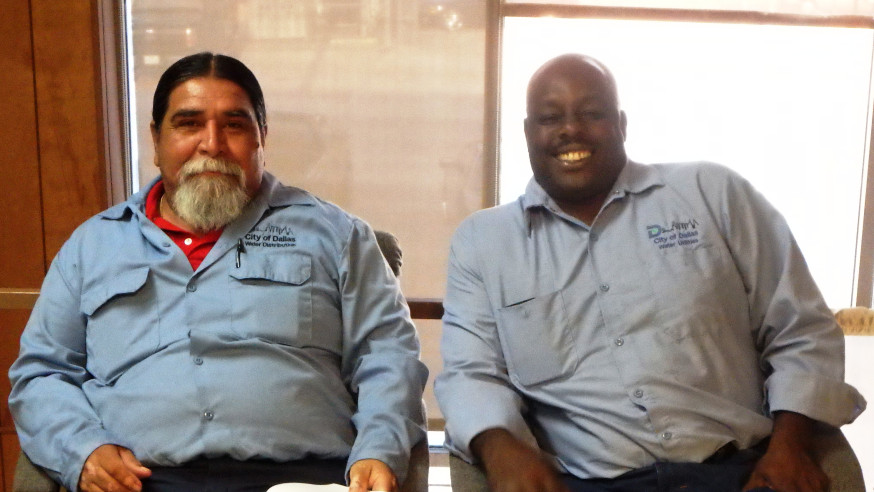 A typical work day for most Dallas Water Utilities (DWU) employees on the streets includes answering service calls and inspecting pipes for leaks. But for two DWU employees a typical work day took on an extra duty: intervening and stopping an ATM robbery in progress.

Employees Anthony Mendoza and Douglas Carter were working near 2833 Martin Luther King Jr. Blvd. when they observed a scuffle between a woman and a man at the Chase Bank ATM. Concerned for the woman’s safety, Mendoza and Carter joined a few other witnesses in investigating and ultimately intervening to stop a robbery in progress.

Mendoza, Carter and other witnesses chased down the alleged robber and apprehended him in front of an apartment complex a block away from the bank, holding him until the police arrived.

For their actions, Anthony Mendoza and Douglas Carter were awarded the Dallas Police Department’s Citizen’s Certificate of Merit by Chief David O. Brown on August 28. They are are two heroic examples of the dedicated staff of professionals that serve the City and its residents every day.