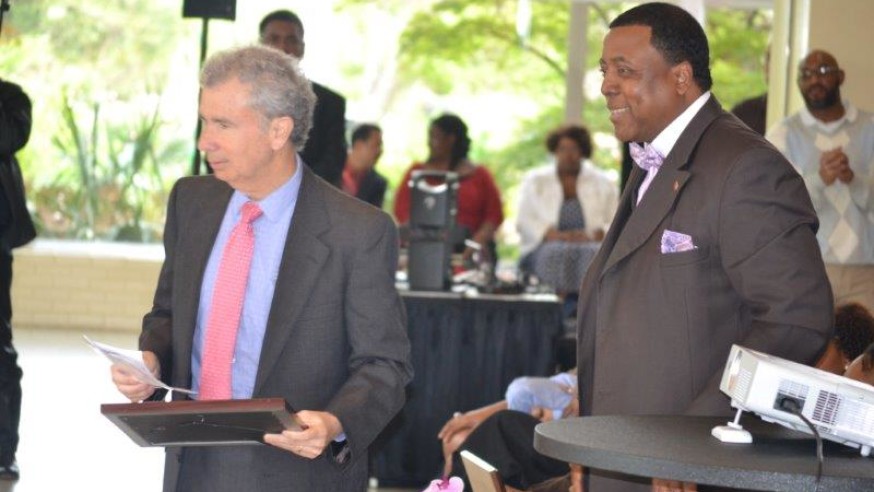 The City of Dallas expressed gratitude and honored the dedication and sacrifice of Dallas Fire Chief Louie Bright III upon his retirement after 34 years of service at Texas Discovery Gardens on April 1.

Chief Bright, who grew up in Dallas and graduated from Roosevelt High, began his tenure as fire chief in April 2012. Chief Bright’s selection as chief came on the heels of his second stint as interim fire chief. Chief Bright’s leadership and professionalism during each of his tours as interim fire chief included collaborative planning and advancement of the fire department during times of continued population growth for the City of Dallas as well as advancements in technology that impacted upon the fire department’s operations.

Chief Bright was promoted from within the department after serving in many capacities after being hired on Sept. 23, 1981, including firefighter/paramedic, lieutenant and captain as well as chief officer. As chief officer, he was assigned to DFR’s Training Division, executive deputy chief, Assistant Chief of EMS, and the Assistant Chief of Training and Support Services.

“Chief Bright served our city well through some difficult times for Dallas Fire-Rescue,” said Mayor Mike Rawlings. “I’m appreciative of his service and I wish him the best in his retirement.”