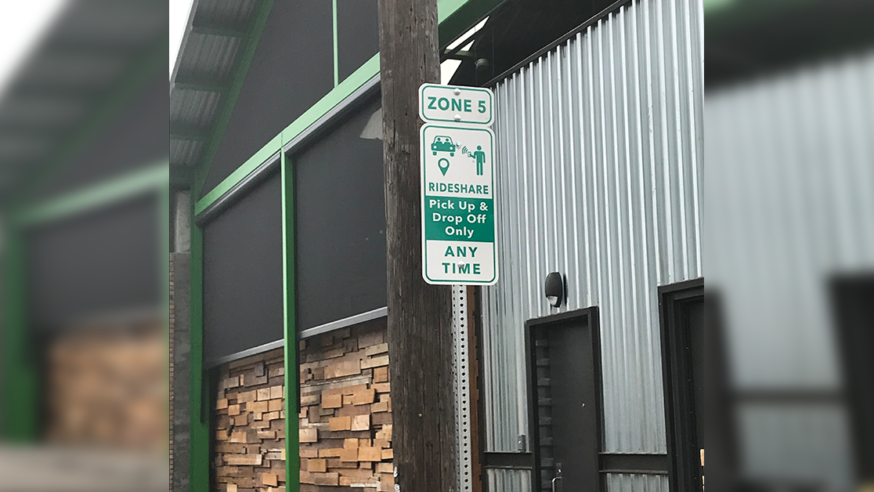 Need a Lyft? There’s a place for that.

The City of Dallas and the Deep Ellum Foundation have collaborated with rideshare companies Uber and Lyft to address concerns about public safety, traffic flow and quality of life in the Deep Ellum area. To reduce congestion in the core area of activity in Deep Ellum, designated zones will be marked for rideshare drivers to stage and wait for riders, as well as where to pick them up. New zone identification signs and wayfinding markers will be placed in the zones, and new lighting has been installed in select locations to support this pilot and related nighttime activity. After the April 18 launch, the zones will be in effect 24 hours a day, seven days a week.

This pilot will provide the first coordinated, neighborhood-wide designated rideshare drop off and pick up zones outside of Dallas/Fort Worth International Airport. These new zones will provide customers access within one to two blocks of the core activity in Deep Ellum, while improving congestion and emergency vehicle access in the area. Geo-fencing technology will show riders and drivers in the area where to meet. The pilot is subject to change, and the zones may shift as the program is continually assessed.

Signage marking the staging, pick up and drop off zones: 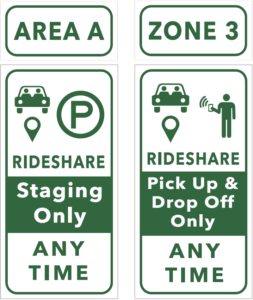 Drop off and pickup zones: 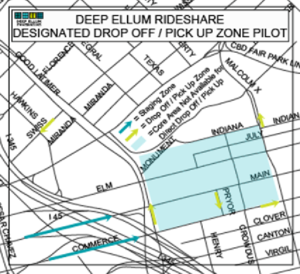