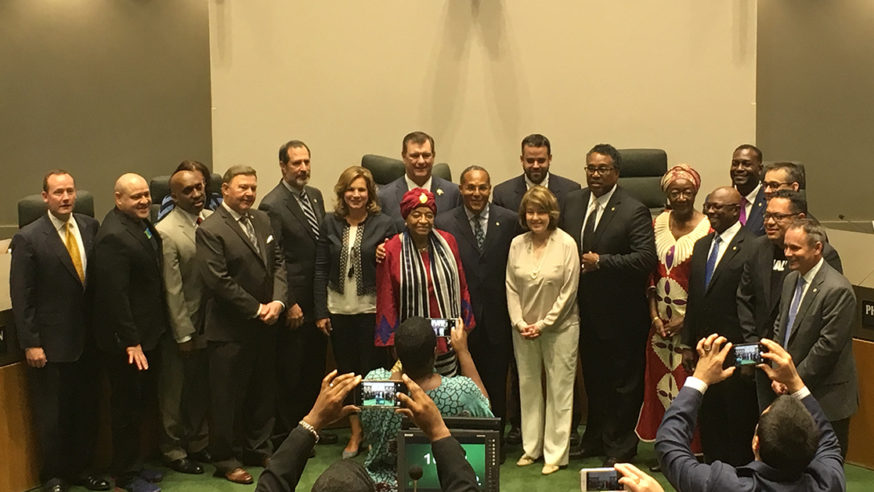 Mayor Rawlings paused the City Council meeting on June 28 to bring out a special guest – President Ellen Johnson Sirleaf of the Republic of Liberia. He then named her an honorary citizen of the City of Dallas.

In 2014, shortly after Ebola victim and Thomas Duncan passed away in Dallas, President Sirleaf gave Mayor Rawlings a call. In Liberia, Ebola had already taken thousands of lives.
The two leaders offered prayers and support for each other’s communities in the face of the epidemic.

Mayor Rawlings’ honoring of the President expressed gratitude, support and hope for an ongoing relationship between Dallas and Liberia.

*President Sirleaf is the first democratically elected woman head of state in Africa.