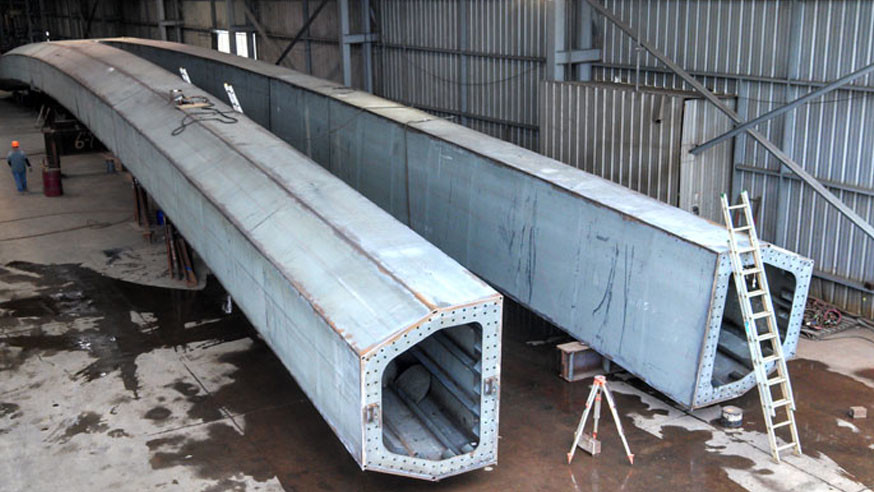 January 7th was an exciting day for the Texas Department of Transportation (TxDOT) and the City of Dallas as the first piece of steel was laid for the City’s second signature bridge: the Margaret McDermott Bridge.

TxDOT contractor Pegasus Link Contractors (PLC) and American Bridge supervised the work, and despite steady cold winds, placed the first arch segment with minimal adjustments. When complete in 2017, each of the two arches will measure 1,311 feet, spanning across the Trinity River.

The project, part of the $798 million Dallas Horseshoe Project with Texas Department of Transportation (TxDOT) focuses on rebuilding, expanding, and adding associated roadways for bridges. This second Santiago Calatrava signature bridge was named after Margaret McDermott, wife of Eugene McDermott, philanthropist and founder of Texas Instruments.

The graceful steel Margaret McDermott Bridge will feature pedestrian and bicycle crossings over the Trinity River.