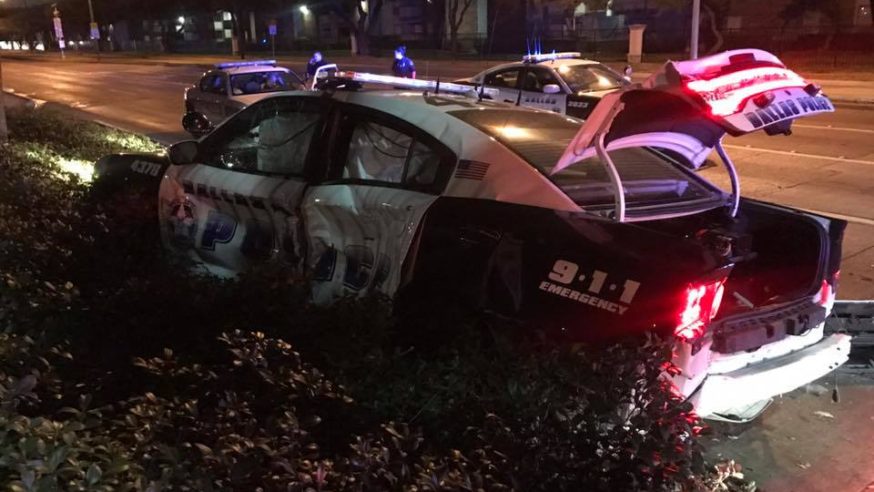 Dallas Police Sergeant Shannon Smith, on routine patrol Saturday, January 27, was flagged down by a passing driver, alerting him that there was a disabled vehicle nearby. As Sgt. Smith drove down Skillman to assist the stranded driver, he approached the Lovers Lane intersection. Dallas resident Nate Brinkley was driving with his 14-month-old daughter in the same direction.

Brinkley believes that if Sgt. Smith hadn’t been there, he and his daughter may have been badly hurt.

“I’m just very grateful to him,” Brinkley said. “Thanks to him, my daughter is perfect.” He also said he hopes to meet with Sgt. Smith and thank him in person.

As a supervisor, Sgt. Smith could have directed one of his officers to assist the stranded motorist, but chose to respond himself. Because of that, he protected Brinkley and his daughter.