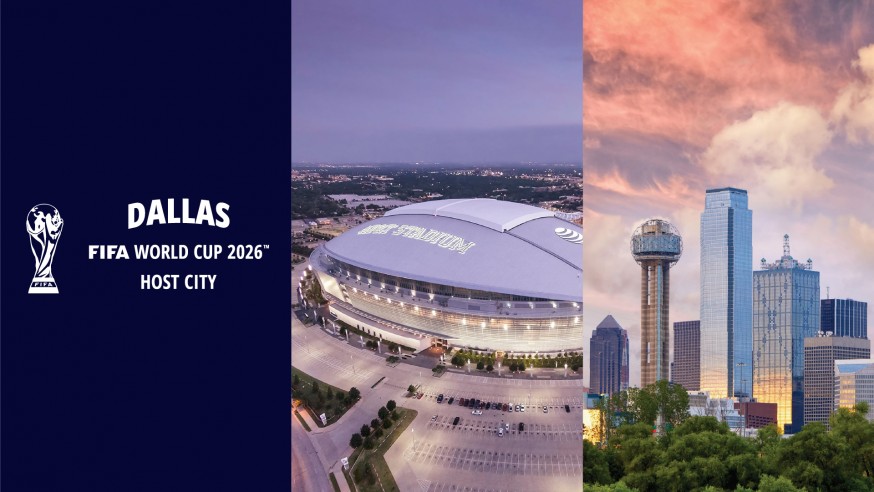 “This is yet another huge win for Dallas,” Mayor Eric Johnson said. “We are thrilled to be selected, and we are absolutely ready to help host the biggest sporting event in the world. Now, I look forward to working to bring as much of the action to the City of Dallas — the best sports city in the United States — as possible.”

“Dallas is a city with a strong passion for soccer, we are looking forward to receive the diverse communities from all over the world,” City of Dallas Manager T.C. Broadnax said.  “We are grateful for this opportunity and looking forward to the economic impact and job opportunities it will bring to our residents.”

A crowd of enthusiastic fans gathered at the AT&T Discovery District in downtown Dallas to watch the live announcement, celebrating the historic announcement as Dallas was named one of the host cities for the first time since 1994.

“This is a big day for the city of Dallas. Being named as a host city for FIFA World Cup 2026™ provides a once-in-a generation opportunity to create a legacy for North Texas through the most popular sport in the world,” said Dallas Sports Commission Executive Director Monica Paul. “From infrastructure and arts to top-level training facilities and a world-class venue in AT&T Stadium, Dallas offers everything that the committee could have wanted in a host city. It’s incredibly gratifying to be chosen, and we can’t wait to begin preparing for FIFA World Cup 2026™.”

“There is no greater sporting event in the world than the FIFA World Cup,” said Dan Hunt, Dallas 2026 Host City Bid Chairman and President, FC Dallas. “We are thrilled that FIFA has selected Dallas as a host city for the North American bid and FC Dallas is proud to play an important part in this process.

“The legacy of the 1994 World Cup is a big reason why we’re here today. On the back of that World Cup, Major League Soccer was born. As the league has grown, the appetite for elite-level soccer continues to flourish. There has never been a better moment in time to be involved in the beautiful game than right now.”

Today’s announcement follows the most transparent and comprehensive bidding process in football history, with FIFA’s decision having been made in the best interests of the game, taking into consideration the needs of all stakeholders involved in the FIFA World Cup 2026.

“We congratulate the 16 FIFA World Cup Host Cities on their outstanding commitment and passion,” said FIFA President Gianni Infantino. “Today is a historic day – for everyone in those cities and states, for FIFA, for Canada, the USA and Mexico who will put on the greatest show on Earth. We look forward to working together with them to deliver what will be an unprecedented FIFA World Cup and a game-changer as we strive to make football truly global.”

“We were delighted by the unparalleled competitiveness of this selection process,” added FIFA Vice President and Concacaf President Victor Montagliani. “We are extremely grateful not only to the 16 cities that have been selected, but also to the other six – with whom we look forward to continuing to engage and explore additional opportunities to welcome fans and participating teams. This has always been a FIFA World Cup of three countries, and that undoubtedly will have a tremendous impact on the whole region and the wider football community.”

AT&T Stadium in Arlington will be one of the primary venues in FIFA World Cup 2026™.

“Our region is known for delivering a world-class sports experience, and FIFA World Cup 2026™ will fit perfectly within that framework,” said Dallas Cowboys Owner, President and General Manager Jerry Jones. “We’re thrilled that the committee has selected Dallas as a host city and can’t wait to once again showcase our region on a global stage. AT&T Stadium is one of the world’s premier sports venues, an elite facility worthy of hosting FIFA World Cup 2026™. I couldn’t be prouder to welcome one of the world’s most popular sport inside the home of the Dallas Cowboys, and I am confident our fan base will respond with an energy befitting ‘The Beautiful Game.’”

The highly anticipated announcement was made on a TV show produced in cooperation with FOX and Telemundo from New York and broadcast live to host countries Canada, Mexico and the USA, as well as the whole world via FIFA+. 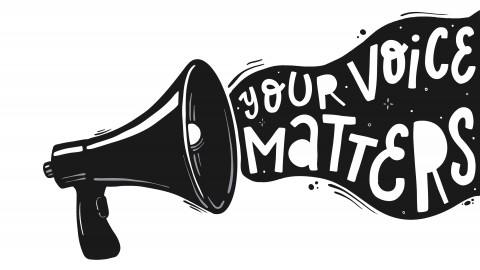 DALLAS - The City of Dallas is seeking input from residents on the upcoming Fiscal Year 2022-23 budget. The City of … 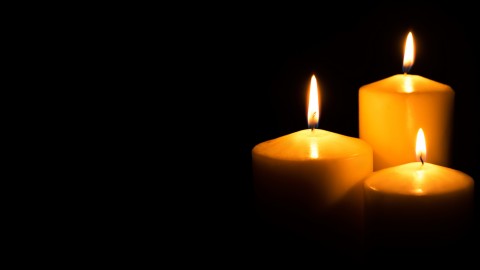 7 months ago City of Dallas 0

Special one-day public exhibition of the first printing of the US Constitution at the library.

A rare official first edition printed copy of the United States Constitution will be on display at J. Erikson Central …