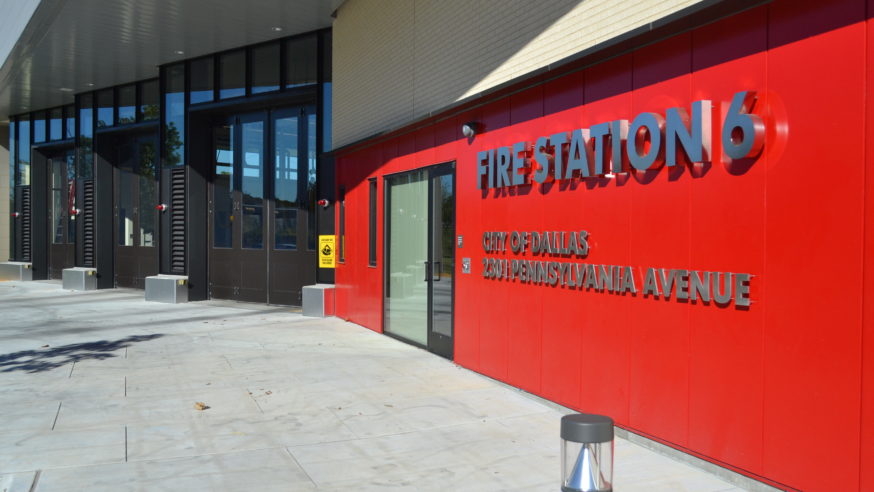 The Grand Opening Ceremony for Dallas Fire-Rescue Station #6 will be held on Thursday, Oct. 6 at 10 a.m. at the new station which is located at 2301 Pennsylvania Avenue. Community leaders, Fire Chief David Coatney and residents are invited to celebrate the opening. 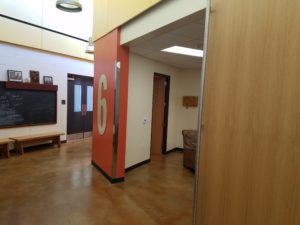 The new Fire Station #6 is replacing the old one, located a short distance away, which had served the City of Dallas since 1954. The approximately 13,000 square-foot station will house 6 firefighters per shift, riding Engine and Rescue 6.

The station was built with two drive-thru apparatus bays, as well as two half bays. Those apparatus bays are equipped with bi-fold bay doors; designed to open horizontally in a fraction of the time it takes to open the traditional over-head rolling doors. The station is targeted to achieve LEED (Leadership in Energy and Environmental Design) Platinum status, as well as City of Dallas goals for carbon neutrality. 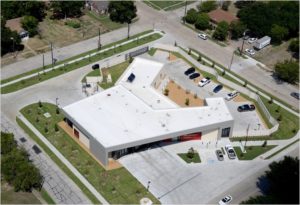 Fire Station 6 was funded by a bond package that voters approved in 2006, and its total cost was $7.5 million dollars.