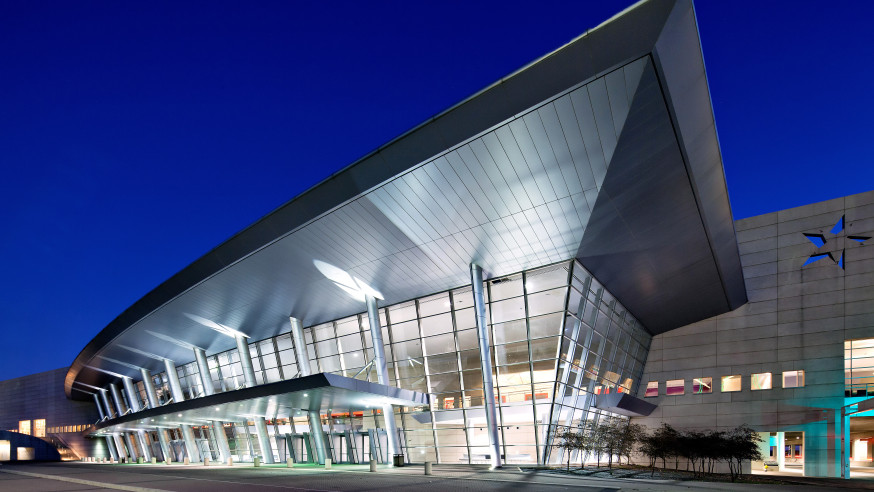 Since it began a year-and-a-half ago, the Kay Bailey Hutchison Convention Center’s Good Neighbor Program has donated more than two tons of food o homeless shelters in downtown Dallas. The Program is an extension of the convention center’s commitment to sustainable operations as a LEED and ISO certified facility. Instead of going to waste, leftovers from events hosted at the Convention Center are sent to shelters located within a two-mile radius of the facility.

“Once we shared information about federal laws governing food donation with the City Attorney’s Office, a system to manage the pick-ups was organized and the formal program was approved and implemented,” said Convention Center Media and Community Relations Manager Danielle McClelland. Prepared food makes up the bulk of food donations through the program; however packaged food is sometimes donated.

“Consumer items are also donated when available,” McClelland said. “Last year a teacher’s group had a large number of markers, crayons, coloring pencils, and drawing pads remaining after their conference. We donated those items to a nonprofit that operates a daycare for homeless children,” she said. “We’ve also donated sporting equipment to a local recreation center and canned goods collected at our annual staff Holiday party to a food pantry.”

The Good Neighbor Program began as an informal initiative in 2013 to donate food to homeless shelters in Downtown when there was a surplus. For quality control and logistical purposes, the City of Dallas developed procedures, recruited additional partners, streamlined operations and began tracking and reporting donations to the U.S. Environmental Protection Agency under the agency’s Food Recovery Challenge.