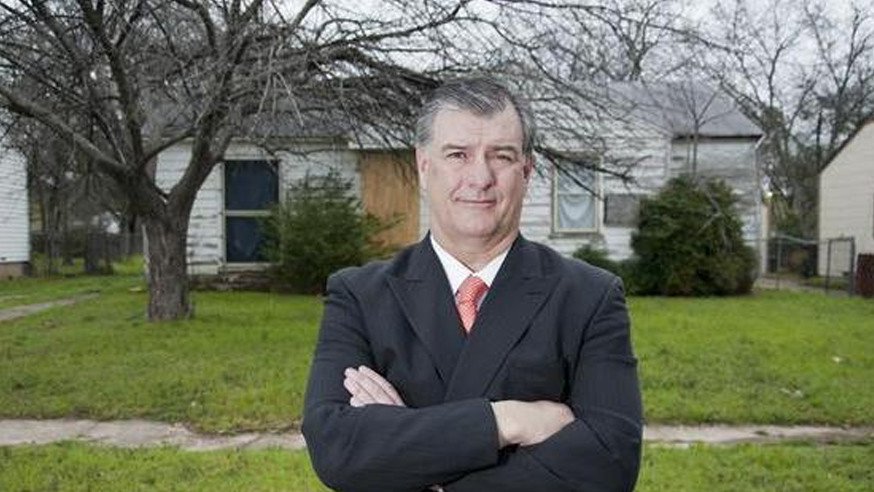 The City of Dallas tore down its 272nd unsafe and abandoned home on Tuesday, surpassing a goal of 251 set earlier in the year as part of Mayor Mike Rawlings’ GrowthSouth Southern Dallas Economic Development Plan.

Mayor Rawlings joined the Mayor’s Rising Star Council and the Dallas Art Collective Sour Grapes, at the Southwest Dallas location to bring down the home and reinvigorate a neighborhood.

Over the past four years, the City has torn down 941 abandoned homes, promoting safer neighborhoods and creating real estate opportunities for continued economic growth where it’s most needed.

Both groups are educating through creative initiative, pride and community ownership.

“We’re honored to contribute to the Mayor’s ‘Culture of Clean’ initiative and we hope others will join us in beautifying Southern Dallas neighborhoods, improving the quality of life for all residents,” said David Johnson of the South Oak Cliff Mayor’s Rising Star Council.

As GrowSouth heads into 2015, the opportunities, initiatives and neighborhood partnerships are energized according to Mayor Rawlings. “The economic potential for Southern Dallas has never been more promising, but we can’t reach that potential unless we keep our neighborhoods safe and clean.”