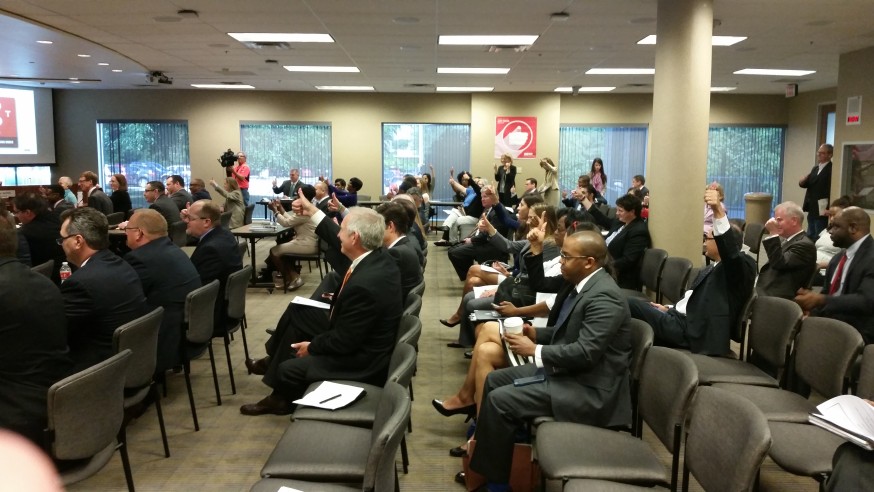 The City of Dallas and the North Texas Tollway Authority are joining the Red Thumb movement – a safety campaign aimed at ending texting and driving by encouraging drivers to make some part of their thumbs red to remind them to keep their hands on the wheel and eyes on the road at all times.

According to the U.S. Department of Transportation, cell phones are related to 1.6 million auto crashes each year that cause a half million injuries and take 6,000 lives. Moreover, individuals who drive while sending or reading text messages are 23 percent more likely to be involved in a car crash than other drivers. A crash typically happens within an average of three seconds after a driver is distracted.

With support from the City of Dallas Fire & Rescue and Police departments, NTTA launched participation in the Red Thumb movement at its regularly scheduled monthly board meeting Wednesday. More regional partnerships are in the works.

Drivers can show their support by wearing a specially made NTTA “W8 2 TXT” thumb band, or paint their thumb nails red – anything that will make them think “STOP“ as they reach for their phones while driving. Thumb bands are available for free at any NTTA storefront. Drivers can also visit NTTA’s blog, DrivingNorthTexas, and take a virtual pledge not to text and drive.