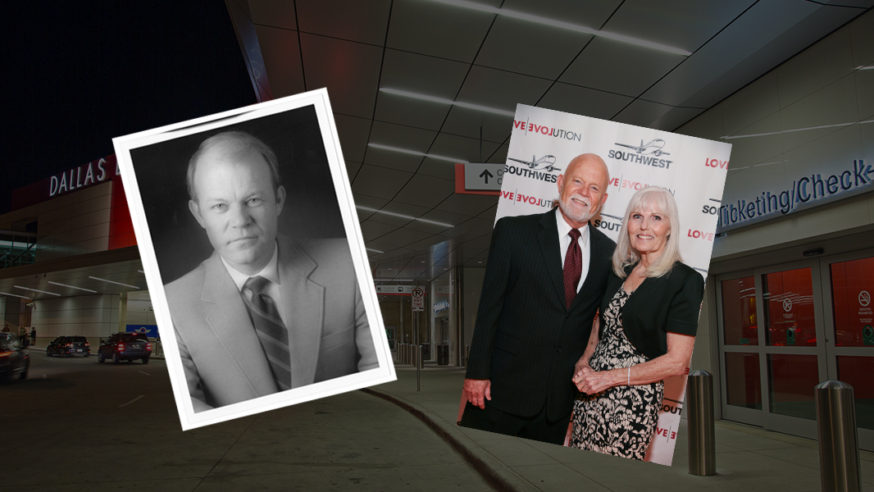 Terry Mitchell has a different resume than most in the City of Dallas. He has worked for just one department – the Department of Aviation.

After 33 years, Mitchell will retire from his post in February. Since 1984 Mitchell has held a front-row seat to the everchanging history of Dallas Love Field Airport.

Mitchell’s road to the City of Dallas began in California and has winded through service in two branches of the armed forces – the Navy and Marine Corps.

After his stint in the Navy, Mitchell earned a degree in air traffic management, only to learn the Federal Aviation Administration was not hiring. Mitchell re-entered the military as an air traffic controller for the USMC, serving in a regular and reserve capacity from 1972 to 1984 while furthering his education. His commanding officer pointed him the direction of Dallas.

He has seen Love Field awaken from the doldrums of the Wright Amendment, which he said was the most-restrictive cap on an airport in U.S. aviation history, and blossom into the busiest medium-hub airport in the United States.

“In 1984, Dallas Love Field had a questionable future relative to air carrier service,” Mitchell said.  ”With the restrictions imposed by the Wright Amendment, and the prevailing sentiment throughout the Metroplex, it appeared that Love Field would never be anything more than what it was at the time.”

Mitchell served as the Airport Operations Manager for Dallas Love Field from 1984 to 1999, managing the airport’s operational and security measures, as well as noise control program. As Assistant Director for Aviation since 1999, Mitchell has overseen airside airport operations, airport security, airfield maintenance, environmental and emergency management.

“The most interesting thing I got involved in was assisting in the development of the Five Party Agreement to sunset the Wright Amendment,” Mitchell said.

Mitchell is not sure what all retirement will entail, but he knows he will miss coming to the airport every day.

“I’ve been here 33 years in the same place and enjoyed every minute of it,” Mitchell said. “I count myself very fortunate. I’ve been able to pursue what I’ve wanted to do my entire professional career and not many folks that can say that.”