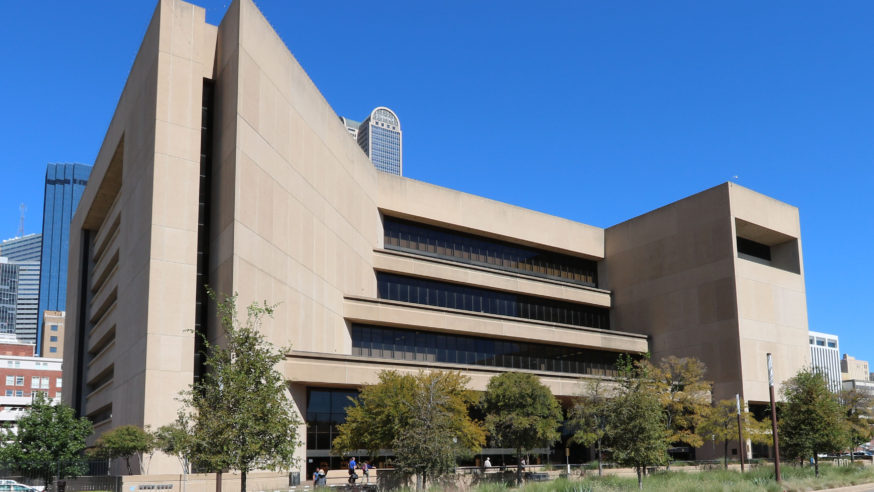 The Crystal Charity Ball has approved a $752,454 grant to the Dallas Public Library’s new Vickery Meadow Library for a youth center to serve the area’s diverse, economically challenged population.

“This is a great day for the city and the library,” said Director of Libraries Jo Giudice. “Thanks to Crystal Charity Ball funding, the new Vickery Meadow Library will have cutting edge technology that we otherwise would not be able to afford.”

The $7.7 million library, which opens in 2019, is being funded by a city bond issue passed last November. The grant, Giudice said, “will greatly enhance our ability to serve children and teens in a neighborhood that speaks more than 30 languages and where more than 90 percent of the residents are moderate to low income.”

Friends of the Dallas Public Library, (FoDPL) a nonprofit organization that advocates for the library system and raises money for its programs, led the application team for the grant. Tuesday, the Crystal Charity Ball announced $6.5 million in grants to eight nonprofits, including FoDPL, and began the fundraising efforts for them.

“We’re so thrilled and grateful,” said Mary Wilonsky, FoDPL’s interim executive director. “Not just for the difference this grant will make to so many people, but for the recognition that libraries are so important to young people and to the entire community.”

Joining the FoDPL on the grant application team were the Vickery Meadow Youth Development Foundation, Conrad High School, the Municipal Library Board and District 13 Councilwoman Jennifer Staubach Gates. Charity Selection Chair Patty Leyendecker oversaw weeks of presentations by the applicants and interviews of the finalists.

“The Vickery Meadow Branch Library will become the center of this community, a place for families to learn together, non-profits to offer classes and job resources for parents, and a place to learn a new language,” said Councilwoman Gates. “Being within walking distance of area schools, it will also be a safe place for children and teens to grow, learn and create a bright future for themselves.”

Learn more about the Crystal Charity Ball at: https://www.crystalcharityball.org/.