Community members and stakeholders gathered at the future site of the Forest Green Branch Library Saturday, September 14 to break ground on the new building, a replacement for the existing branch on Forest Lane.

“The new Forest Green Library will be a generational project with decades of impact and it is both for the community and because of the community that we are seeing it come to fruition,” said Deputy Mayor Pro Tem McGough. “Fierce community advocates spent years fighting for this space, who to date have had the smallest Dallas library in the system. Now, with an additional 6,000 square feet of space in a state-of-the-art facility, we look forward to seeing the creativity, connection and learning that will come for children, families and seniors alike.”

“Plans for this new building began more than a decade ago,” said Jo Giudice, director of Libraries. “The neighborhood has needed a new library for a long time. It is exciting to finally be able to move dirt on this project.”

With construction expected to be complete by May 2021, the new building is a five-minute walk away from the existing Forest Green Branch. The 2.66-acre lot was acquired with funds from the 2006 bond program. Design and construction are funded through the 2017 bond program. The total cost of the completed project is $9,463,029.

The new Forest Green Branch will provide the neighborhood with 10,000 square feet more space than the existing building, one of the oldest and smallest branches in the Dallas Public Library System. It will be 19,026 square feet and will include meeting rooms, classrooms, an auditorium and 24 public computers. Public art will be featured outside the building to create a community gathering area. 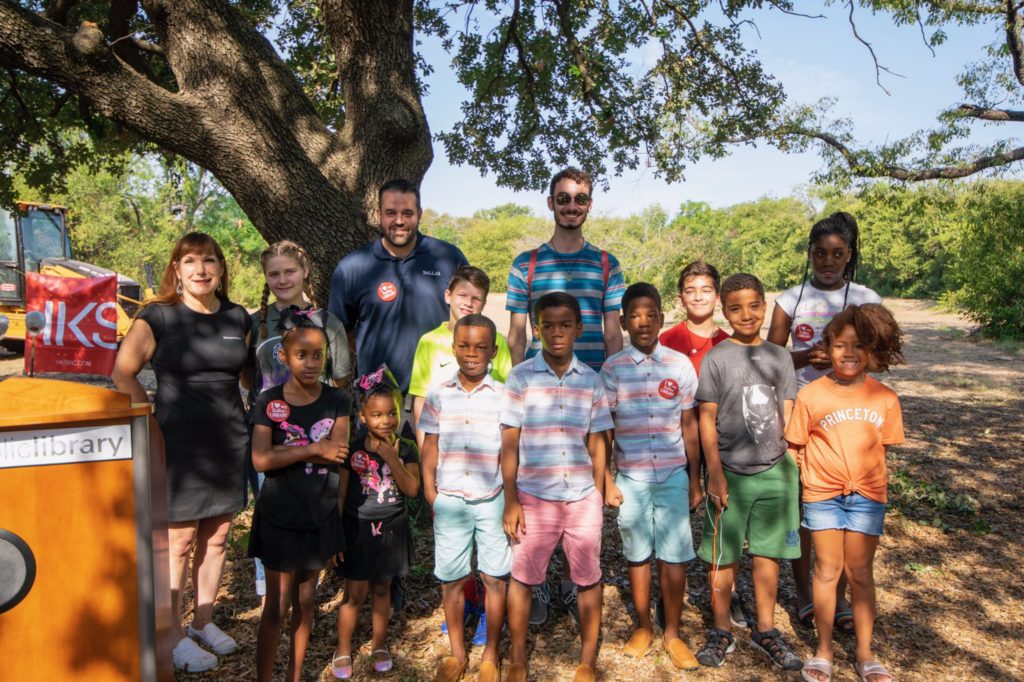